Tragic, but not hip: Escaping prison tourism at KP


* Remarks delivered at "Teachin' Against the Big House: Teach-in on Prison Entertainment" held 12 September 2019 at Queen's University [check against delivery]* 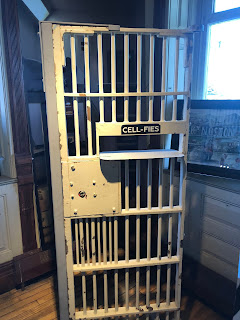 
We’d like to begin by thanking the event organizers from the P4W Memorial Collective, Queen’s University Studies in National and International Development, and OPIRG Kingston for their role in inspiring many conversations about how to commemorate life, love, suffering, and death in decommissioned sites of human caging. We’d also like to acknowledge Linda Mussell (click to listen here) and Lisa Guenther’s (click to read here) great commentary on the concert and tours at KP this past week.

In being here today, on the ancestral lands of the Anishinaabeg and Haudenosaunee Peoples, we’re thinking not just about the ethics of the “mockin’ the big house” concert, but the broader context of racial colonial capitalism in which this event is taking place.

We must acknowledge that the reserve system, the pass and permit system, Residential Schools, the 60s scoop, mass adoption, and the like have resulted in the systematic dispossession of the cultures, the languages, and lands of Indigenous peoples, creating intergenerational traumas that’ve damaged communities and put many people behind bars, including at KP – Canada’s first colonial prison that pre-dates Confederation.

In this context of colonization where people, including musicians with extensive platforms, have acknowledged the injustices that stem from colonialism and have tried to get us to #DoSomething so we don’t repeat past atrocities, we wondered what would Gordie do – the man who in his dying days set up the Gord Downie & Chanie Wenjack Fund to “engage, empower and connect students and educators to further reconciliation through awareness, education and action”?

Perhaps Downie’s affinity to Kingston would have him participate in the KP concert alongside his bandmates and other musicians. However, that’d require that he ignore the role of KP and other spaces of confinement across Canada in mass incarcerating Indigenous peoples who’ve experienced intergenerational trauma associated with Residential Schools. His participation would be in sharp contradiction to the path towards reconciliation he sought to forge and, if another concert like this promoted by organizers as a destination for “curiosity seekers” is allowed to occur at KP, we’ll continue to collectively fail to honour our obligations as settlers to the 2015 Truth and Reconciliation Commission’s Calls to Action and the 2019 National Inquiry into Missing and Murdered Indigenous Women and Girls Calls for Justice.

The United Way and their partners should’ve taken some time to talk, before they planned to rock “the big house”. As Linda Mussell remarked during a recent radio interview (click to listen here) those involved in the concert should of asked themselves whether the ends – raising money for services to be provided for stigmatized people pushed to the margins – matches the means through which they’re doing it – hosting a concert on the grounds where people, prisoners and staff alike, have lived, loved, suffered and died. Do the ends justify the means – putting on a concert in a venue that feeds into sensationalism, fosters voyeurism and justifies the violence that took place at KP and continues elsewhere? We suspect that if a representative group of current Kingston area prisoners and former KP prisoners were brought into planning for the United Way’s charitable campaign, they'd ensure that at the very least criminalized musicians would also get to take the stage alongside the great bands involved, which would potentially open the door to other opportunities for them to share their music, or this concert wouldn’t be happening.

When examining fundraising and the role of the United Way, we can observe a carceral-charity symbiosis going on with this concert and also with KP tours, whereby a stated pursuit of social justice that seeks to humanize marginalized peoples and reduce inequality depends on acquiring money through events that generate social distance between ‘us’ and ‘them’, which allows injustice to persist.

In research on prison tourism, it’s been established that many people who pay to frequent these sites want to feel like they’re in a prison, as if being in such a setting for fleeting moment can show you what it’s like to be dehumanized in a cage. The United Way certainly has moral capital and many people donate to them, but with the opportunity to make an easy dollar before them, they’ve lost their way where KP in its current incarnation is concerned. Is there nowhere else in Kingston to host a benefit concert? 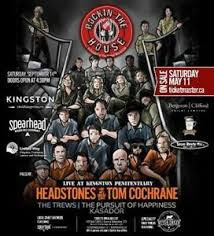 The organizers suggest they’re not trying to make light of imprisonment by staging this concert. Why then the advertisements featuring musicians in jumpsuits (see above) and bending prison bars (see below)? Do the ad designers know anything about the stigma associated with prison jumpsuits? Do the promoters know anything about what would happen to prisoners if they damaged any CSC property, let alone tried to escape a pen? We know lots of good people are involved in putting on this fundraiser with good intentions, but it’s clear to us that imprisonment has become normalized to a point that imprisonment can even be mobilized for charitable purposes without consideration for what it is – human caging. 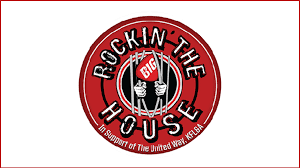 There are lots of ways to put music and performance together to promote justice that don’t involve “mockin’ the big house”.

First, rather than profit from the allure of punishment at KP, a different approach would be to have musicians perform in an operational prison. The King of the Blues B.B. King frequently played music in prisons and advocated for change in the penal system. Playing a concert in an operational prison can challenge carceral logic, raise consciousness about imprisonment and display solidarity. It can also be a lifeline for prisoners, giving them hope or inspiration or even just a break from the carceral. It might be more useful if the “Rockin’ the Big House” performers put their talents to use to inspire persons who are among the most marginalized in Canadian society.

Second, there are programs across the USA and the UK where musicians from the outside bring musical gear inside and use music as a kind of healing intervention. Billy Brag, as well as MC5 guitarist Wayne Kramer, have been involved in Jail Guitar Doors, providing music equipment to prisoners and teaching music in at least a dozen sites. The “Rockin’ the Big House” performers could be doing work like this to help people inside and promote connection, communication and healing.

In other instances, musicians have been criminalized and imprisoned for their political activities, of which Pussy Riot is a recent example. The “Rockin’ the Big House” performers could be doing work to show how criminalization and incarceration have been used to repress the arts and dissent around the world.

And what about KP tours? A decade ago, we began research that’d eventually take us and our research team members to dozens of lock-up, jail, prison and penitentiary museums across Canada, including KP (click here to read 2016 op-ed in the Toronto Star), and we’ve observed a few trends. For our purposes today, we’ll discuss just two.

First, while prison tourism sites like KP and the Federal Penitentiary Museum feature content emphasizing shifts in institutional policies and practices (e.g. abolition of corporal punishment), continuities in carceral violence (e.g. use of force) tend to be ignored. Such narratives reproduce misleading ideas about the history of penal reform and justify current policies and practices.

Second, prison tourism sites like KP and the Federal Penitentiary Museum privilege “establishment narratives” of carceral entities and institutional staff, while the voices of prisoners are often absent. Their involvement is necessary to give their perspective of what they endured while imprisoned. Instead, we only get the official and staff versions of events, which fail to problematize the role imprisonment has played in colonization and state repression.

By communicating reductionist tropes of dangerous captives being reproduced alongside narratives of benevolent, heroic, and duty-bound administrators and staff there is little acknowledgement of the social structures that generate laws, law-breaking and state repression. Imprisonment is presented as legitimate and necessary on the one hand, and something to be mockingly embodied on the other.

Having authored several articles and edited a 48 chapter book critical of prison tourism, we never expected to get an opportunity to shape narratives within a museum setting. However, a few years ago, students at the University of Ottawa who became familiar with our work and were staff members at Hosteling International’s Ottawa Jail Hostel, presented us with the idea of developing a partnership to reform the tour script and exhibits at the museum site. After meeting management, this spring we began archival and document research to inform the development of new script and exhibits with the input of former prisoners in the coming months, where we’ll also be developing a video project with former Carleton County Gaol and Ottawa-Carleton Detention Centre prisoners to highlight shifts and continuities in carceral violence in the nation’s capital.

In an interview with Ontario Morning (click to listen here), an official from the United Way suggested that those critical of the tour at KP should speak “with the organizers of the tour and the historian from the museum to develop, or to review, the script to make sure it is respectful of the history”.

In closing, we encourage people concerned about what’s being done at KP to ask that organizers of KP tours and charitable events to bring current and former prisoners into the planning and execution of activities at this historic site to ensure that commemoration for all who suffered there – captives and captors alike – trumps voyeurism, to ensure that education trumps entertainment, to ensure that reconciliation and decolonization trumps colonialism, and to ensure that justice trumps criminalization and human caging.

We’ve got ideas on how this can be done, as do the P4W Memorial Collective and others here in Kingston. If organizations profiting from the human misery of the past and making a living off of it in the present don’t take this modest step, perhaps another thing to consider where KP is concerned is to stop tapping into the demand for sensationalism, and to tear down those walls as some former prisoners have argued. Instead of essentially saying the ends justify the means, the United Way should use means consistent with their ends.

Posted by Administrator at 9:51 AM No comments: