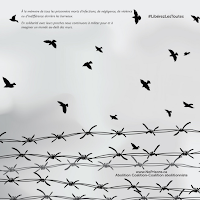 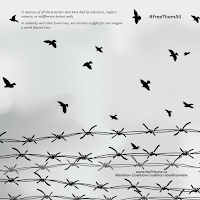 FOR IMMEDIATE RELEASE
(via noprisons.ca)

29 December 2020 – Amidst on-going large COVID-19 outbreaks in jails, prisons and penitentiaries across the country, prisoners’ loved ones and advocates from Abolition Coalition member groups are calling on provincial, territorial, and federal governments to take urgent action to depopulate their human caging sites in 2021. Vicki Chartrand from the Centre for Justice Exchange explains: “Not only are diversion and decarceration measures necessary to reduce the spread of COVID-19, which is currently out of control in several prisons across the country, but also to prevent subjecting imprisoned people to lockdowns and segregation-like conditions that severely impact their mental health. Everyone should be concerned about these troubling and dehumanizing circumstances that have public health and community safety implications for us all”.

Lydia Dobson from the Criminalization and Punishment Education Project notes: “Within the span of a few months during the first wave of the pandemic, 361 federal prisoners contracted the coronavirus. Most of these cases were linked to major outbreaks in Mission Institution in BC, Grand Valley Institution for Women in Ontario, and Port-Cartier Institution, Joliette Institution for Women and the Federal Training Centre in Quebec. During the course of a five-month period from the late-spring to early-fall when Correctional Service Canada [CSC] had no cases, the federal government had the opportunity to safely release a significant number of its prisoners while the second wave of the pandemic loomed. It didn’t and today the number of CSC prisoners who’ve tested positive for COVID-19 crossed the 1,000+ case mark. Large outbreaks remain active in Joyceville Institution in Kingston, Stony Mountain Institution north of Winnipeg, and Saskatchewan Penitentiary in Prince Albert. Incarcerated people, most of whom have been pushed to the margins in this country throughout the course of their lives, have unduly suffered as a result of the federal government’s inaction in the face of repeated calls to depopulate CSC penitentiaries since the beginning of the COVID-19 pandemic”.

An anonymous mother of a Joyceville prisoner underscores the urgency of the situation: “My son has contracted COVID. He’s a first-time federal prisoner and has been assessed as a low-risk to re-offend. He’s got asthma. He’s afraid he’ll die in there. He’s only receiving Tylenol to get better. He’s also worried COVID will spread to everyone on his range. Some people there don’t have the virus yet, but it seems like it’s only a matter of time that they will. My son is eligible for parole in a few months, but by then it might be too late. Why does he need to be there? If he dies, I’ll forever ask myself why, why does Public Safety Minister Bill Blair insist on keeping my son and others locked-up to stare death in the face? Where is Blair? Are we beyond mercy in Canada?”

A partner of a prisoner recently returned to custody at Joyceville also shares her fears: “My fiancé was recently arrested because he failed to report his relationship with me to his parole officers. Falling in love isn’t a threat to the public, yet he’s languishing in a COVID hotbed at his age without his prescriptions after being ripped from a community where he had a good job and solid community ties. Who benefits from this? It’s absurd and dangerous. He should be at home with me where it’s safe for everyone, not behind bars where no one’s presently safe”.

Kristin Li from the Prisoner Correspondence Project echoes the concerns raised about federal prisoners living with health issues, including aging prisoners, noting: “CSC consistently fails to protect aging and elderly people who are imprisoned, a group that has grown considerably over the past decade. Even before the pandemic, older prisoners languished behind bars with insufficient medical care, with their parole eligibility dates having past for years and sometimes even decades. The recent COVID-19 outbreaks inside federal penitentiaries underscore the dire need for community-based alternatives to this inhumane system of human warehousing”.

Commenting on Public Safety Minister Bill Blair’s unwillingness to take meaningful and decisive action to prevent COVID-19 outbreaks inside federal penitentiaries, Sheena Hoszko from the Anti-Carceral Group observes: “Minister Blair keeps passing the buck off to the courts and the Parole Board of Canada, as if he has no control over who enters or exits federal penitentiary walls. From having CSC Commissioner Anne Kelly instruct community parole officers to use alternatives to imprisonment instead of reincarcerating federal prisoners for technical and minor breaches of release conditions to recommending the use of the Royal Prerogative of Mercy on compassionate grounds and various measures in between, he’s not powerless and he’s got options. He just doesn’t appear to have the compassion or will to use them in a serious way in these serious times”.

Martha Paynter from Women’s Wellness Within adds: “This is a man who says he cares about violence against women, yet Minister Blair subjects criminalized women who’ve experienced violence throughout their lives, who are incarcerated in places like the Fraser Valley Institution where there’s currently an outbreak, to the violence of COVID-19 and lockdown imprisonment. If he doesn’t want to do what’s necessary to protect the lives of those under his supposed care, he should resign immediately and let someone else do the job before more incarcerated people and penitentiary staff contract the coronavirus”.

COVID-19 has also been raging behind the walls in several provincial jails and prisons in recent months where the outbreaks have become larger and more numerous during the second wave of the pandemic as many jurisdictions have relaxed their carceral depopulation efforts. Jessica Evans from the Toronto Prisoners’ Rights Project asserts: “During the first wave of the pandemic, provinces like Ontario saw significant decreases in their prison populations. Police forces were being encouraged to release people on their own recognizance. Some crown attorneys were working with defence lawyers to free people through bail consent releases. In contested bail hearings, judges and justices of the peace were increasingly reluctant to use pre-trial detention. Prison authorities used temporary absences so that people serving weekend intermittent sentences did so at home, rather than in jail. Much more could’ve been done to support decarceration, including significantly ramping-up parole and investments in social supports like permanent housing. Yet, Ontario is among a number of jurisdictions where the jails have become fuller during the second wave, exposing more people warehoused in places like the Toronto South Detention Centre where there’s an active outbreak to a heightened risk COVID transmission. How is it, at a time when we should all be doing more to keep criminalized people, prison staff, their families and our communities safe, that governments and the judicial system are doing less? We must stand in solidarity with prisoners and their loved ones - whether in Ontario, Saskatchewan or elsewhere - who are rising up to demand action”.

Sites of confinement in the prairie provinces have been particularly hard hit during the pandemic, accounting for 14 of the top-25 largest COVID-19 outbreaks linked to the Canadian carceral institutions since the start of this crisis. Robyn Maynard, who’s currently involved in organizing the Abolition Coalition’s upcoming country-wide prison construction moratorium campaign, notes what’s at stake and the need for governments to act: “The prairie provinces have been home to federal penitentiaries since joining confederation that, along with policing, helped pave the way for white settler colonial genocide. The prairies have also been home to the construction of several new and bigger provincial jails and prisons that mass incarcerate a growing number of Indigenous and Black people behind the walls. The pandemic is teaching us that big box injustice has provided fertile ground for the spread of the coronavirus and yet we see, from Newfoundland to BC, governments announcing the construction of new prison spaces. This is wrong, fundamentally unjust and downright dangerous. The stakes couldn’t be higher. A human being incarcerated at Stony Mountain Institution who contracted COVID-19 died just a few days ago. Governments need to be building communities, not cages and make all efforts to contain COVID, not people. The health and safety of all depend on it, as does the struggle to end colonialism and racism”.

For media interviews with Abolition Coalition members in English or French contact:

Posted by Administrator at 2:55 PM