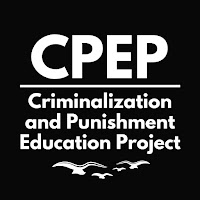 
22 June 2020 (unceded and unsurrendered Algonquin Territory / Ottawa) – The Ottawa Police Services (OPS) has been embroiled in scandals for years, most recently over the deaths of Adbirahman Abdi – a young Black man – and Greg Ritchie – a young Indigenous man – at the hands of its police officers, violent speech by its uniformed members and Ottawa Police Association president Matt Skof, and other discreditable conduct. Yet, despite the on-going harms inflicted upon racialized communities and residents year after year by OPS members, the police force continues to receive additional resources from the city, including $81-million just for the first phase of a new policing campus slatted for construction in the south end of the city and additional funds to hire 100 more officers. In light of the continued budget increases for the Ottawa Police, CPEP member Farnaz Farhang asks: “What exactly would it take for the city to even place a moratorium on policing expenditures, rather than continually rewarding police violence?”

Ahead of today’s Ottawa Police Services Board meeting, the Criminalization and Punishment Education Project (CPEP) stands shoulder-to-shoulder with advocates across the city and elsewhere demanding an end to policing, which is a racist colonial practice. CPEP believes that if Ottawa’s mayor, councillors, and officials are serious about ending racism and enhancing community safety, they must take steps to defund, disarm, and dismantle the OPS. The city must also support disbanding the Ottawa Police Association that erects barriers to holding officers accountable for the harms they inflict upon others, including their own members. CPEP member Ayan Tani states: “It’s past time that the City of Ottawa defund its police service to stop the violence they routinely inflict upon residents, particularly Black, Indigenous, Muslim and other racialized people. This would free-up resources that belong to our communities and need to be invested in our people to address housing, food, income, health and mental health, and other forms of insecurity experienced by many living on this part of Algonquin Territory so that we can all be safer and live well”.

CPEP’s call to defund the OPS comes on the heels of the “March for Justice for Adbirahman | Calls to Action for Black Lives” protest that took place this past Saturday, along with countless other actions across the world demanding an end to the deaths of Black, Indigenous and other racialized human beings at the hands of police. As calls to defund police have become part of mainstream discussion and debates on how to enhance our collective well-being and safety, there is a need for those most targeted by police violence in our city to be able to identify, develop, and implement community-led alternatives to policing. It is with this in mind that CPEP is organizing an online forum entitled “We Keep Each Other Safe: A Community Forum to Organize Alternatives to Policing on Algonquin Territory (Ottawa)”. The event – taking place on Sunday, June 28th from 3:00pm to 6:00pm and broadcast live via CPEP’s Facebook, Instagram and Twitter pages – will feature interventions from local residents and groups on what community-led alternatives are required to meet human needs, promote safety and accountability, and transform the ways we relate to each other every day and respond to social harm.

Souheil Benslimane, a CPEP member, underscores the urgency of having such conversations and the need for them to lead to fundamental, rather than incremental, changes at this critical moment in history: “Policing is an inherently violent and racist practice. It kills. Communities striving for liberation and self-determination are not served by racist, white-supremacist, sexist, homophobic, classist, ableist and oppressive institutions like the OPS. We need and demand better than the violent status quo imposed upon us all without our consent. Through this forum, CPEP is providing one of many platforms needed now for visions to emerge on how to build a just city where all have access to the resources required to thrive and be safe”.